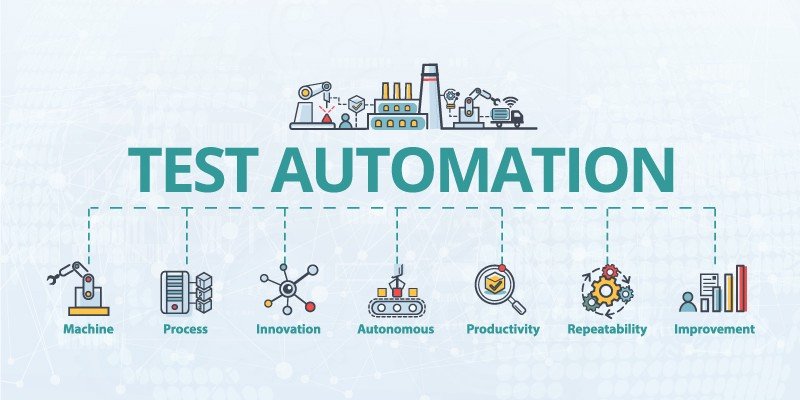 What is automation testing?

Automation testing involves testing software and various products to ensure they meet client and organizational requirements. It helps companies verify the functionality of their products, ensuring they perform as expected. It checks for defects, bugs, and other significant issues during development.

Additionally, you can run automation tests at any time of the day. Since these tests use scripted sequences to verify software, you can tailor these tests to meet your specific requirements.

What are the benefits of automation testing?

Companies across the globe are using automation testing to meet their software development requirements. Here’s why:

Automation can also simplify the process of identifying bugs in your builds. Additionally, it has a broader test coverage than humans.

Speeds up the testing process

Automation works faster than humans and is more accurate. Developers use them to improve test results, time-to-market, and reduce the software development life cycle.

While automation may require an initial investment, in the long run, automation saves you money. In general, testing is a time-consuming process. With automation taking care of the testing, your testers can use the time saved to focus their attention on improving app functionality and creating a seamless user experience.

Running Test Automation – What It Involves

Additionally, test automation also benefits the organization through the feedback it gives. AI models analyze and detect issues and provide valuable feedback based on their code. Experts can use this feedback for maintenance. Since user requirements constantly change, organizations must adjust automation models to meet these requirements. Automation provides experts with the ability to do so seamlessly.

Developers run automation through the use of triggers. Since there are a variety of triggers, understanding which ones to use can get complicated. For the most part, developers have found time to be effective.

You can complete automation in minutes when you begin building your app due to fewer iterations. However, as the number of iterations increases and the version number increases, you introduce new updates, and automation may take hours to complete. Due to this, developers find that running automation tests overnight is highly effective.

The fundamental goal of running automation tests at night is to analyze new changes to the software. Once the tests are complete, organizations have teams to verify the work done. However, this can be time-consuming. The delay in making changes to receiving feedback can lead to delays in time-to-market; this can significantly impact user satisfaction levels and reduce interest in the product. The best way to approach your test automation strategy is to find a comprehensive solution to ensure effective testing.

The HeadSpin Platform provides comprehensive testing solutions. The HeadSpin AI and ML intelligence not only analyzes each aspect of your product but gives you valuable insight in the form of issue cards. These issue cards highlight areas in your app that need improvement so you can find the best solution to fix these issues.

As the app grows, developers shift from time-based to activity-based triggers. The goal of activity-based triggers is to target change. These changes do not always have to be a new update or the addition of a completely new feature. The changes developers make can also be toward the based app. Each time developers change the app; automation testing helps ensure these new features do not disrupt app functionality. This type of automation testing also helps an organization’s continuous delivery processes. Developers can further streamline automation to identify issues and prevent faulty build deployment.