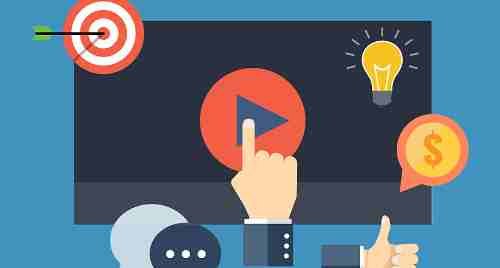 Despite its stupendous success, video advertising continues to rise in popularity. But data shows that it is still far from hitting anywhere its limit. The latest study shows that almost all companies utilize video for marketing purposes. In fact, the metrics are up by 81 percent from last year!

Despite that, there are still marketers that hesitate. They’re afraid to spend on video advertising for fears that it may not provide the outcomes they were hoping for.

It’s quite reasonable for them to be concerned. You might conceivably make a terrible video commercial (i.e., an ad that fails to support your marketing objectives) if you fail to use the right video ad maker.

Sure, tools like InVideo have simplified the creative process but you still need a fair bit of guidance to ensure that your video ads strike the right nerve of your target customers.

You may use a few general-purpose guidelines to craft high-quality video ads that bring conversions. So, here we are with a set of six guidelines that can help you in creating visually appealing and catchy ads. Let’s get right to it!

People believe that internet video advertisements are just like regular TV commercials. However, there are a few distinctions that need to be highlighted.

Perhaps the greatest disparity is that TV ads have a greater reach. You’re likely aware of at least some data on the video audience demographics.

A Nielsen study of “This Is Us” viewers indicates that 79% of the audience is white and that it consists of mostly female viewers.

Despite how many people watch the event, there may not be as concentrated evidence of these traits in the data you get back from things like behavior or psychographics.

This implies the need to research things like age, gender, and geography, but also to research further into the target audience. Or it may mean delving into things you care about.

Your super-granular abilities make it possible to truly tailor your message to people instead of more general demographics.

2. Your Video Ads Should be Relevant

The primary downside of conventional TV ads is that they are annoying to the viewer since they disrupt their entertainment.

An extreme example is when you’re really following the storyline of your favorite program and then, all of a sudden, you’re stopped cold by a laundry detergent ad. This kind of interference impedes engagement and may even provoke dislikes.

There is increased awareness in the advertising industry for this type of disruption. And they’re better at tailoring ads to the show and the viewers’ demographics. Even though we don’t mind most of the ads, we’re nevertheless irritated by a few of them!

It’s possible to make your advertisements really relevant by leveraging videos in the funnel. It gives your ad the persona of a good addition rather than something intrusive.

Many marketers are now producing hundreds of minor variations of the same ad in order to better blend in with the background video. Despite how big it may seem, modern tools have greatly reduced the difficulty of the job.

3. Emphasize on Capturing the Viewer’s Attention

With video advertisements, you don’t have the freedom to take your time as with other types of advertising. You need to capture people’s attention from the outset. Skip your advertisements after five seconds or else people will do so.

Several methods have been devised to do this, one of which is a video ad technique. Storytelling is a tool. If you find yourself drawn into a story’s setup, you’ll want to see how the plot unfolds.

In addition, celebrities are also involved. When a celebrity with high likability and relevance to the video content appears in an ad, viewers are more inclined to see the entire advertisement.

The reason we must catch someone’s attention early is not that people have shorter attention spans. But, due to the abundance of content options.

Viewers are becoming pickier in their entertainment choices. They skip, scroll, or fast forward without thinking twice if they aren’t interested in anything right away.

4. Ensure your Video Ads are Original

Slick, professionally produced video commercials were once seen as the best out there. But regulations have been put in place. Video material that’s crafted to seem raw and genuine performs better than other types of video content that are highly manufactured.

It’s a given that you’ll need to make your decision on which route to go with your branding. However, you shouldn’t believe that your advertisement should mirror the same production quality as a big-budget TV commercial.

Don’t just default to using stock photos and video. You should try to make your advertisements seem more personal and real, and you shouldn’t be scared to do so.

You may use actual individuals in your advertisements, which may boost your brand awareness, You may use easily relatable characters to make your product or service connect with viewers.

While certain forms may be beneficial for specific objectives, others may not be. One of the ways you can improve your lead generation is by using in-stream advertisements that people may avoid.

Ads that cannot be skipped may be best for branding and having a wider reach. Remember to think about the advantages and disadvantages of each kind of video format, since it is very important to make a good choice depending on your goals.

Only after you’ve placed your advertisements, you are done with half of the work. After your campaign is over, be sure to examine the results and observe how each ad performs.

Take a risk by trying something new and putting your advertisements in various time slots or on other platforms. Machine learning from Google can assist you. Don’t be scared to modify the image with manual changes as well.

You will only know which advertisements perform best under which conditions after you run them.

It may be hard to know where to begin with internet video advertising. Still, it isn’t as hard as you may imagine. Some of the most common blunders are avoided with these 6 best practices. If you are a video creation novice, these guidelines will certainly go a long way in helping you create high-quality video ads that bring value to your target audience.