How to Fix “Your System Has Run Out of Application Memory” on a Mac? 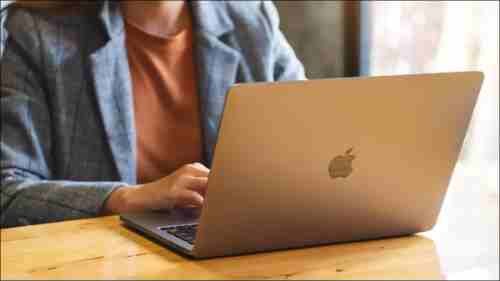 If you use Mac, it is possible to receive an error message that says the system has exhausted memory for the application and asks users to close down applications that you’re not running.

It’s a common problem that plagues Mac. However, sometimes, it’s difficult to understand. You’re not sure of the reason for this because you’ve just opened a few applications. Suppose you upgrade into macOS Catalina, Mojave, High Sierra or the most recent Monterey. In that case, you notice that your computer runs slower than before, and it keeps saying running out of memory for the application.

What strictly does “system has exhausted memory allocated to applications” means?

The operating system of Mac stores data to run active operations in RAM or random access memory. When space in RAM is running low, macOS begins storing data on the main drive and switching it between the main drive and RAM when needed. When your computer’s memory has been overloaded, it’ll issue an error message to the application. Therefore, it’s a great idea to keep a certain amount of the hard disk in reserve in case of. Having at least 10% of your disk capacity is recommended to ensure optimal Mac performance.

We’ve now figured out what application memory is. We can take a look at the four primary reasons for the “your system is running out of memory for application” error message that appears on your Mac:

Disk space. Low disk space when all RAM is utilized, and macOS creates swap files, which take up more space within the disk. This is when the system will notify you its Mac is running out of memory for the application.
Multitasking. The simultaneous use of multiple apps can cause a “your system is running out of memory” alert, along with the suggestion to close many applications.
Browser lagging. Many tabs open or installing multiple extensions could cause issues with applications memory on Mac. Even if the extensions aren’t being utilized, they are still running in conjunction with the browser and taking up valuable memory.
Apps that misbehave. The apps take up space, but certain apps may cause “hogging” memory. Users have reported that Mail, Firefox, and Final Cut Pro take up not gigabytes but gigabytes in application memory on Mac.

How to check application Memory on a Mac

If the graph is green, you have enough space on your disk; if red or yellow is the case, you’re running out of memory. The ability to monitor the memory usage of your system daily will assist you in identifying what programs are using more excellent memory than they need.

macOS only displays its “Force Stop Applications” window when you’re utterly exhausted of memory, including virtual and physical RAM in the boot drive.

If you’re seeing this warning, You’ll have to force the shutdown of non-critical programs to ensure the stability of your system. The apps you’re not using or running in the background that have been forgotten about should be the first ones to be eliminated. Your system will start responding after getting rid of a handful of applications.

Within the windows, you’ll find the apps’ names, along with the amount of RAM being utilized. Click on the app you want to stop and select “Force Quit” to stop it, but remember that your data won’t be saved. When you’re working on documents in an application, force quit, and lose work, be prepared to lose it.

Sometimes, the system will freeze at this point when trying to shut down apps or resume from the state that was in trouble. You could wait several minutes for the system to get back to normal.

Clear Disk Room on Your Mac

More likely is that the “your system is running out of memory for your application” warning isn’t an immediate issue, but an issue is long-term. If this is the case, you should think about clearing your Mac disk space, as applications require enough disk space to run.

There are many ways to clear space on your Mac; however, it’s a highly time-consuming process as you must search out any unwanted files to free space one at a time. If you prefer a more straightforward method than manual work, then you should consider Macube Cleaner to help you clear the disk space on your Mac with just a few clicks. Although it’s a paid application to use for a long time, it provides a seven-day free trial with all the features, so you can use it for free and resolve a complex problem in a few minutes.

As an expert Mac cleaning tool, Macube Cleaner provides user-friendly solutions to maximize the performance of your Mac memory. It automatically cleans the useless files that can be quickly deleted, or arrange them according to size and date, so that users get the exact information on what they should delete. It’s also an effective tool for dealing with the horrible “system storage” or “other storage” that consumes a vast portion of the storage space on your Mac.

Another option to decrease Mac memory consumption is to uninstall applications. We all download apps on the Internet often without knowing it. The apps typically launch themselves and consume a large amount of memory in the application on Mac. It is possible to locate and eliminate each one individually; however, they typically remain in areas you can’t quickly locate and must clear all associated files.

How do you free up memory on Mac by uninstalling unwanted applications? It’s good that Macube Cleaner also provides an Uninstaller feature that allows users to remove unneeded and undesirable programs on Mac with just one click. Learn more below about how.

The final and most costly option is adding more RAM to your Mac if you can. The more RAM you have means that macOS requires the boot drive less often to keep swap files. But there are exceptions to this rule. Macs can have RAM upgraded following purchase, and for those who do this, it typically requires going to the Apple Store or an authorized service centre.

There are a variety of reasons why you could get an error message informing your system that it is out of memory. They all point to the same thing: a lack of space on the boot drive. Therefore, the most straightforward solution is to clear more space. However, you must follow the steps previously mentioned to determine if an application is consuming much more space than it ought to.

Alongside fixing the issue once it has occurred, it is possible to develop good habits when working on your Mac to stop the issue from happening again.

Many of you might prefer to save images and files onto your desktop. However, it can also cause a slowdown to your Mac. Every desktop icon in macOS is considered to be an active window. The more desktop icons and the increased memory usage can make Mac more likely to run out of memory in applications. Therefore cleaning your desktop and removing unnecessary files helps to tidy up your Mac and lessen the “your system is running out of memory for applications” warning.

To arrange your desktop, you can create an additional file on your desktop and then drag your files, images, documents, and other data files to the new folder.

Don’t Do Too Many Things at One time

If you’re constantly getting the “Your system is running out of memory for the application” error, and you’ve tried to reduce the amount of disk space you have, it could be that you’re bumping against the limits on your machine. This happens more frequently for older Mac models with lesser memory.

It is essential to be aware of the limits of your system and not push things over the edge. This may result in reducing the number of browser tabs open simultaneously and ensuring that you don’t launch too many resource-intensive programs (like games or photo editors) all at once or reducing background processes.

You can utilize Activity Monitor to see what processes are currently running within your Mac. You can also view the background processes currently running in the upper right part of your display. Specific processes, for example, assistive apps for note-taking such as Evernote and Duet Display, can be prevented from loading until you actually need these apps.

To stop these programs, you’ll have to open the preferences for each application to deactivate this launcher. The most efficient method to accomplish it is by using an application such as CleanMyMac for X to search for launch agents and disable these.

Before all else, keep a large buffer of space free within your boot disk macOS to control your memory’s virtual and physical effects.

The most effective method to free up memory and resolve the issue is to reboot your Mac. Restarting your Mac allows it to close down all of the processes running on it and adequately clean up RAM.

But, continuous restarts can be a hassle as it forces you to stop all your processes. Additionally, it could be time-consuming, particularly if you are scheduled to make a video call within a few minutes, but your Mac is slow.

There is a third method to clear RAM. Make use of the Terminal commands:

Prevention is also crucial. A few good habits can stop the issue from occurring. When you use Mac, limit the memory utilized by the finder, arrange your desktop, monitor the amount of memory used and regularly update macOS.

These solutions will help you cut down on Mac memory consumption and stop the issue of “your system is running out of memory for the application” to not recur. For any queries or suggestions, please send us your suggestions via the comment section.