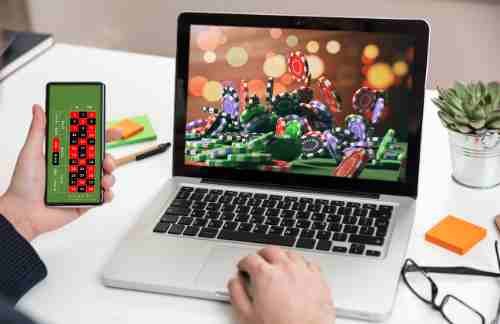 The online gaming industry is constantly changing due to the rise of new cutting-edge technologies. It is not a surprise that poker has been at the frontline of some ground-breaking developments. Several innovations have shaped this classic game, and more are expected. These modifications are made possible by tremendous levels of creativity by poker game creators and tech trends.

An important moment in the history of gambling occurred when poker moved to the internet. No one could have predicted how popular the idea would become or how fundamental the transformations that followed would be. Progressively, we have seen signs of the beginning of a fresh era in casino gameplay. There are now several poker rooms available to US players, and while playing the game at physical casinos is still a thing, many players now prefer the virtual versions.

One of poker’s strongest qualities is, without a doubt, its flexibility and ability to change with the times. Its lengthy and distinguished past dates back many centuries; unsurprisingly, there are more advancements to witness as the game evolves. This article will shed more light on the different ways modern technologies are shaping online poker and what the future hold for the classic casino game.

Cryptocurrencies and the associated blockchain-based platforms were hailed as the future of international banking. This theory has been well demonstrated over the period that they have existed. The promise of quick, secure, dependable, and affordable payments has mostly been fulfilled. Although widespread popular adoption has not yet been fully attained, things are going fairly smoothly.

Cryptocurrency has made online poker payments simpler and more dependable than ever in the context of virtual poker. Blockchain has helped to improve the safety and fairness of the game, in addition to making those payments possible. The development had averted the instances before the advent of the blockchain, where clear cases of fairness were little more than myths and transactions were carefully avoided by gamers.

The cryptocurrency’s underlying technology guarantees users that every transaction is entirely secure and documented. Additionally, the participants can exhale a breath of relief because they are not required to provide their bank information when transacting in cryptocurrencies. Numerous online poker websites support several cryptocurrencies, including Bitcoin, Ethereum, Dash, and others. Thus, it is safe to say that blockchain technology has transformed online poker payments.

One of the many gifts that tech has granted us is the smartphone that almost everyone owns. Initially, telephones were primarily used for talking and texting, but technology has completely influenced their function online. Today, many individuals play poker online on websites and mobile application stores.

Gamblers may now play poker on their cellphones and make good money doing so. According to statistics, the mobile gaming sector is huge — estimated to be worth $400 billion. Most gambling establishments are turning to the apps sector to increase the number of online poker players. This opportunity is made feasible by the development of technology, allowing many individuals to play online poker via their smartphones.

Not just poker but all forms of mobile gaming are becoming increasingly popular. The aesthetics and capabilities of their digital presence in the market are growing more sophisticated, so it’s impossible to ignore them. Therefore, online card rooms are constantly looking for new improvements to enhance players’ experience.

The poker industry uses monitoring and Head-Up Display (HUD) software to track and record player experiences. These technologies record and save a player’s online interactions with an opponent. Then statistics are created using this data.

Certainly, this innovation not only makes online poker more accessible to the general public but also makes playing the exciting game simpler. Using sensors and heads-up displays in online poker has been around for a while. They help beginners get started more quickly and greatly aid expert poker players in playing their best.

As more common use cases for artificial intelligence (AI) emerge, things are improving for the software. Poker players can now examine their gameplay using more potent trackers and HUDs. Competitive players can use this to sharpen their gameplay tactics and seize opportunities presented by the game.

The metaverse has to be among the most thrilling announcements in recent memory. We have no idea how significant it will be, given that massive digital corporations like Meta (previously Facebook) and Microsoft are making a major bid for it. But one thing is certain: the digital world will undergo a total change thanks to this technology.

This feature is another breakthrough that can make online poker more immersive. This innovation makes use of some other fascinating technologies for proper functionality. Virtual reality (VR) and augmented reality (AR) are arguably the most noteworthy examples in this regard. Thankfully, both realities have already shown their worth in the aspect of tech, so we cannot underestimate the capabilities of the metaverse.

You can watch poker tournaments live online without a pay-per-view television subscription. Twitch is particularly well-liked since it offers more interaction. On a live broadcast, you can engage in conversation with other viewers and wind up participating in or even starting online poker groups.

Thanks to streaming services, you can keep up with the most recent events wherever you are, which even broadcasts significant tournaments hosted by well-known poker sites such as the World Series of Poker. You could even try to break into monetizing your streams by uploading your games. If you are successful, this could provide you with a second source of income.

Online poker players should expect a thrilling decade ahead. The gaming industry will completely embrace emerging technologies, which is super awesome. We are gradually drawing close to the future casinos only seen in science fiction.

With the proper plans and regulations in place, the industry will continue to be highly profitable and provide gamers worldwide with unrivalled entertainment value.

4 thoughts on “How Modern Technologies Are Shaping Online Poker”