Here Is What You Need To Know About VPNs 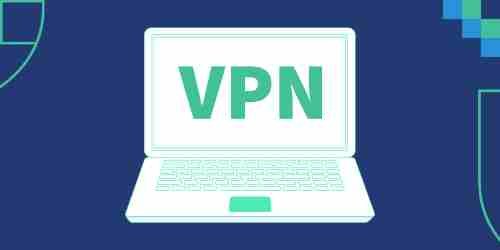 More and more businesses around the world have embraced VPN usage. And aside from bolstering the network security of its users, VPNs also uphold user privacy and provide access to geo-restricted content. Findstack claims that VPN usage in the States rose by 124% in March 2022 alone.

Many people have become more concerned about their privacy while on the internet. More than ever before, corporate and private individuals are worried if their data are not getting into the wrong hands or being used to monitor their activities. Also, content providers often restrict content to certain parts of the world for different reasons. This content may provide the perfect answer to your recent questions. So, VPNs allow you to view those content easily from any location you are.

Whether a certain website has geo-blocks or a country is effecting censorship on their platforms, VPN is the pass you need to appear in your desired parts of the world.

VPN usage began in 1996 in the giant company Microsoft when internal staff members came up with peer-to-peer tunneling protocol, also known as PPTP or point-to-point tunneling protocol. The protocol helped create secure data transmission among users by encrypting data and mounting a tunnel either over a Wide Area Network (WAN) or Local Area Network (LAN) connection.

As the internet recorded more issues regarding insecurity, the demand for increasingly sophisticated security technology arose. People relied on anti-virus and related software to prevent some attacks at the end-user level. However, VPN was sorted for when internet users specifically required to boost the security connection itself.

Initially, only business owners used VPNs to protect data and communication. Still, the intense security breaches on high-profile individuals in the 21st century matched the quick request for private individuals to have VPN coverage. So today, anyone using the internet can now use VPNs to secure internet connections, ensure digital privacy, kick out malware, hide identity online, and unblock geo-restricted content. Also, VPNs have become cheap and easy to implement to ensure your safe and secure online activities.

How Do VPNs Work?

VPNs create an encrypted tunnel between your computer, smartphone, or other devices and a VPN server. The tunnel serves as the channel through which data will be transferred from one end to another without a potential breach event.

The protected  tunnel also helps to disguise your identity, making it appear as if you were somewhere else (the VPN server location) and offering your a high level of privacy, security, and anonymity while accessing every content on the internet, including blocked content

Most VPN service providers have servers operating in different parts of the globe. This makes it possible for a user to connect with servers from your desired country of the world and access content as though you are actually in that country.

Why Do You Need A VPN?

You need Virtual Private Networks to create a private and secure connection between people and devices while using the internet. It offers a secure connection that wards off malware, hackers, and any unauthorized monitoring activity.

At the time of inventing the VPN technology, organizations, businesses, and governments needed to secure sensitive information in their care due to increasing hacking records. They needed to access the internet, run businesses, and send information to other offices or branches in a highly secure manner and that was what the VPN concept solved. So, private and business owners today still enjoy these benefits.

VPN works like having a local network to which devices are connected to it directly without necessary leveraging the internet or establishing such connections. Aside from considering the best VPN protocols that help set up secure connections and high-level encryption standards, it cannot be used even when data gets into the wrong hands.

However, when you don’t use a VPN, your data is exposed while on a public network, and everything you do online can easily be traced to your device and physical location. This is because your device has an IP address that makes it traceable. The VPN server replaces your location and IP address when you use a VPN.

Remote-access VPNs are best for remote workers who want to connect to their company network to access resources to carry out their regular tasks. It makes data transmission and receiving data completely secure and can be beneficial to traveling employees from anywhere they are located.

As the name implies, Site-to-Site VPNs connect multiple office networks on a single network. Therefore, companies with offices in different parts of a state or across the globe can combine their networks by leveraging VPN.

Also known as a commercial or consumer VPN, a personal VPN helps users establish a connection with a VPN server and is often used by private individuals who do not want their identities disclosed over the internet. It is also used to access geo-restricted content by choosing a server location with no restriction.

A mobile VPN allows users to connect to a network, especially if a remote user is not likely to enjoy a stable network for an entire session. Therefore, it tends to establish consistent availability of networks and is not limited to use on mobile phones or networks only.