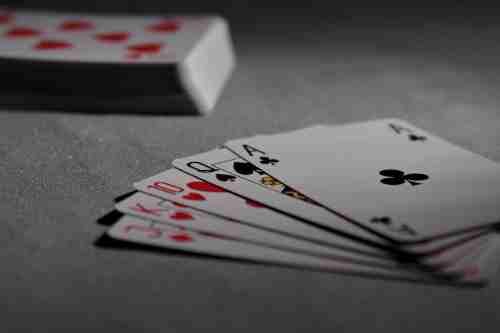 Playing cards have been around for centuries, with the earliest card games dating back to 9th century China and later evolving into the standard 52-card deck that most people are familiar with today. In recent years, these playing cards have evolved into various card games, each with its unique set of rules and gameplay mechanics.

If you want to play a game that requires many strategies and has an interesting backstory, online card games are a great option. They have the right mix of mechanics and strategy that you can use to master the game before moving on to more advanced tactics. The thrill of the game is worth all the time you put into learning it.

Many free-to-play card games are available online, providing thrilling challenges, dramatic plotlines, and a multiplayer experience. It is impossible to give them all a try. But we’ve worked hard to compile a list of the top card games that will fulfill all of your wildest fantasies.

The most popular franchise is centered on card games and monsters engaging in combat in a duel monster arena. Numerous individuals participate in Yu-Gi-Oh dueling tournaments and bring their finest cards to the competition.

Players no longer need to go out looking for other duelists to engage in duel monster combat because the game is now available online. No further information is required for the game to function like the real world. You will have no trouble tasting victory if you are an expert in Yu-Gi-Oh card battles. As it is an online game, it is difficult to overlook the additional aspects outside the action, such as collecting cards and unlocking boxes.

One of the most popular games in Canadian casinos in the past was Baccarat. The accouterments of Baccarat, arguably the most glitzy of any casino game, made it so well-liked. Baccarat is a game with huge stakes, and the table is set up in a specific area away from the crowds and the other casino activity.

With the rise of online card games, online baccarat has also become popular among players with it possible to find a number of different options when using an Online Casino in Ontario, including some of the most liked versions of online baccarat with live dealers as well. The player can interact with the actual dealer while placing bets using the live baccarat interface.

Gwent is a mini-card game directly lifted from The Witcher 3: Wild Hunt, but it adds its distinctive twist and several new features. Each of the six factions has its own set of cards employed differently in combat, so you must select one of them and play your cards accordingly.

The whole game consists of three rounds when you carefully combat your opponent with ten cards, much like the real mini-game. With a few exceptions, the cards cannot be played again after being used in the first round.

Slay the Spire has created an enjoyable game that is both amusing and engaging by fusing the roguelike genre with card base mechanics. You select one of three characters; then, you begin developing that character using cards that provide you strong defenses against monster foes.

You advance by eliminating enemies and climbing the spire. You get to pick one card from a set of three after each victory. The game’s goal is to collect cards that will help you beat the next monster, but this is easier said than done because even the strongest card may not be handy against a later monster.

Eternal is a complicated card-collecting game with a distinctive aesthetic that adheres to traditional game principles. Gaining gold and new cards comes from winning games and completing tasks. Cards may be bought from the shop with gold. Players have a deck consisting of both Power cards and other cards made available through Power cards during games.

Perhaps one of the greatest online trading card games, Hearthstone is a great place to start. The Warcraft series primarily influences the game’s aesthetic and includes many other monsters and spells in addition to the most well-known Warcraft characters. Players pick a hero with a particular playstyle to use.

Hopefully, we’ve intrigued you with this list of card games you might want to try in 2022. We’ve tried hard to include games from various venues and genres. If you’re a trader, collector, or just someone who enjoys playing something different now and then, keep these games in mind.